First impressions can be most deceiving! An overprotected widow ready to kick up her heels meets a notorious rake trying to reform. Each sees the other as a shortcut to change . . . until the sparks fly!

An American shipping heiress and the new Saint of Seven Dials find themselves trapped into a marriage neither wants. They soon discover a powerful attraction between them, but even as passion turns to love, both are hiding secret identities that could lead to arrest if discovered. If they can admit to their growing love and trust each other with the truth, it could lead to a lifetime of happiness—or to disaster.

A former spy takes on the role of the Saint of Seven Dials to hunt down a deadly traitor. He finds himself distracted in his quest by a studious and opinionated young lady, newly arrived in London. Is she the innocent bluestocking she appears, or the very traitor he’s been seeking? And which is in more danger—his heart or his life? Buy Direct

After the last Saint retires, a penniless beauty assumes the identity of the Saint of Seven Dials in order to rescue her young brother from the streets. Lord Peter Northrup is both smitten and intrigued by the lovely Sarah Killian, but when he digs beneath the surface, he learns she has a secret that could ruin them both. But perhaps love is worth the risk... Buy Direct

What secret in Harry’s past changed a celebrated war hero into a drunken wastrel? Is he already too far along the path to ruin, or can becoming the next Saint of Seven Dials—and the love of the right woman—transform him back into the man he always had the potential to become? 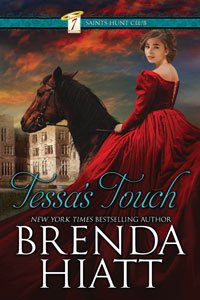 Tessa Seaton has a special gift with horses. With a word and a touch, she can tame the most unbroken beast. But when handsome Lord Anthony gallops into her life, she finds herself faced with a greater challenge than any horse ever posed! Buy Direct

Dina must marry before her twenty-fifth birthday or lose her inheritance. Her carefully planned elopement goes awry, so she travels to Gretna Green alone, only to rescue a naïve young lady from a fortune hunter. In gratitude, the young lady’s handsome, eligible brother asks her to name her reward and is stunned when Dina demands marriage. Will a Christmas spent at his parents’ estate turn this marriage of inconvenience into a love match? 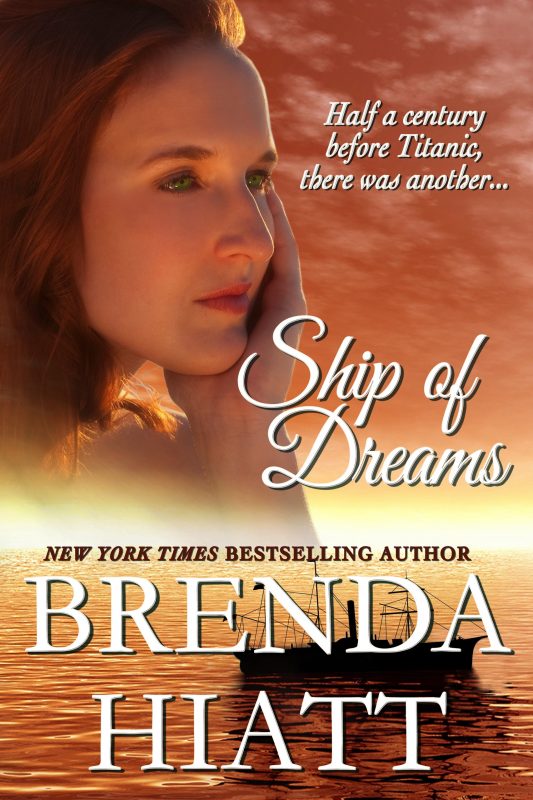 A lost wager obliges the Duke of Ravenham to bring a pretty little nobody from the country into fashion for the London Season. That irksome duty turns into something quite different as he falls under the spell of his protege’s innocent charm. Gabriella is in London at her mother’s insistence, but she’d much rather assist in running her father’s veterinary practice than attempt to fit into fashionable society. But the more time she spends in the dashing Duke’s company, the more conflicted she feels— particularly when she discovers they have more in common than she ever dared dream.

A young lady in London for her debut would rather meet celebrated poets than eligible bachelors. In fact, her deepest desire is to have her own poetry published someday . . . until she meets a handsome marquis and Cupid’s arrow strikes. Determined to give love a chance, she transforms herself from the ugly duckling of the family into an elegant woman of fashion. But no sooner does she catch the eye of her intended than she learns he apparently has an aversion to her first love—poetry! Is all lost?

After a fortuneteller prophesies a statuesque blonde as Lord Dearborn’s perfect match, the skeptical Earl is abruptly convinced upon meeting just such a woman. Blinded by her beauty, he barely notices her cousin, a lively, witty brunette. True, he does seem to have more in common with the petite and impoverished Miss O’Day than the divine Miss Rosalind, but she is not in his style at all. Will he seal his fate with the wrong woman, or will his eyes be opened in time to his true Destiny?

The new Earl of Seabrooke needs a fortune—fast! His title came with a mountain of debt, so he’s eking out a living by gaming. When a young buck cannot pay his losses at the table and offers his sister—and her inheritance—instead, Seabrooke jumps at the seemingly perfect solution and agrees to wed Miss Chesterton sight unseen. Appalled to learn of her brother’s bargain, Frederica Chesterton infiltrates Lord Seabrooke’s household as a servant to prove him a fortune hunter. But even as she gathers evidence, she finds herself losing her heart to the handsome Earl. Will revealing her true identity lead to disaster, or to a happy ending neither she nor Lord Seabrooke ever expected?

Adventurous Holly would rather spy for England like her twin brother Noel than make her London debut–until she meets the Marquess of Vandover. A whirlwind courtship, a Christmas wedding, and Holly’s life seems full of promise until her inept attempt to become a heroine in her own right ends in a terrible conflict of loyalties. Now Holly must choose between her marriage and her brother’s life!

To safeguard her future, thirteen-year-old orphan Azalea is married—in name only. Her handsome new husband immediately sails back to England, but Azalea has already fallen completely in love with him. When she learns of his death at sea, she is devastated. Six years later, Azalea sails for England herself to recover her inheritance there. She is stunned to discover that Christian, her beloved, lost husband, is alive but seems to have no memory whatsoever of her or their marriage. Worse, he is betrothed! Can Azalea possibly force Christian—now Earl of Glaedon—to remember the truth before he breaks her heart again? Buy Direct

After an arranged marriage, Azalea's new husband is lost at sea. Arriving in England six years later, Azalea discovers her husband alive but with no memory of her or their marriage. Worse, he’s betrothed! Can she make him remember the truth before he breaks her heart again?