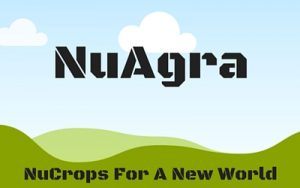 Ireland-based NuAgra is pleased to announce the opening of its first ever facility in the United States.  NuAgra has chosen Jewel, Indiana as the location for its new Field Operations and Research Center for Excellence.  The “FORCE” will immediately engage in field testing NuAgra’s new line of hybrid corn and wheat products that our company believes could in time revolutionize agriculture by improving natural crop resistance to disease, insect and climate change threats while decreasing the need for artificial and often environmentally toxic fertilizers.

Jewel, Indiana, in the heart of the North American farm belt, provides an ideal location geographically, in climate, and in local culture, for field testing NuAgra’s leading-edge genetically engineered and hybrid agricultural seeds.  Jewel has long regarded itself as “The Gem of Indiana Corn” and we hope to add to that reputation.  We are excited to begin setting up our facility for immediate field testing.

For many years NuAgra has been committed to researching improvements in agricultural seeds.  This is a major expansion of our efforts and represents the first field tests of products for which we have invested considerable research and effort to bring exceptional, and environmentally friendly, nutrition to an increasingly hungry world.